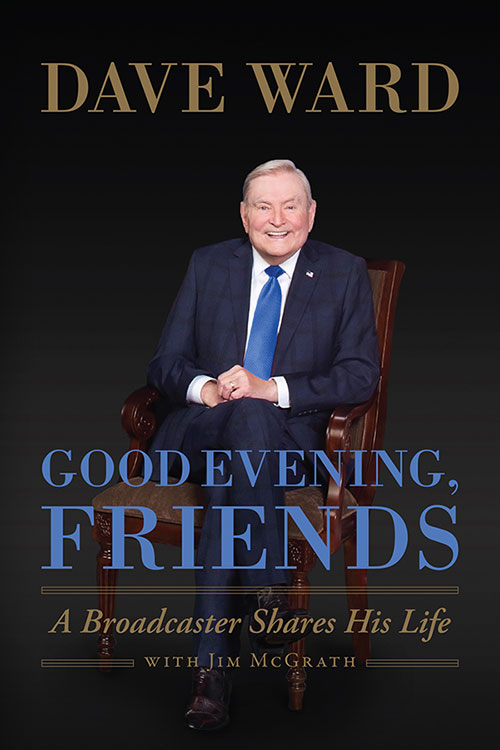 Houston’s beloved broadcaster Dave Ward first joined ABC’s KTRK-Channel 13 in 1966 and today hosts “Dave Ward’s Houston,” a series that explores the people, places and events that make this city so special. Ward, known for being “the most trusted voice in Houston,” held the 2016 Guinness Book of World Records title as the longest-running local TV-news anchor at the same TV station in a major market.

Good Evening, Friends covers his legendary 60-year career as a radio and TV newsman in Houston. It takes readers on the news set and behind the scenes of America’s most successful local news team, including his personal history with Marvin Zindler; shares his escapes from death, including 1974 motorcycle crash, 2003 car crash, and 2016 heart attack; chronicles the growth and development of the U.S. space program; invites readers to experience life on the road with the Houston Oilers during the “Luv Ya Blue” era; and provides candid revelations of his personal struggles.

Ward covered wars in Vietnam and the Middle East, presidential elections, and historic natural disasters. He witnessed the development of the modern media complex first-hand and provided Houstonians with an important understanding of the booms and busts on the way to becoming America’s fourth-largest and most diverse city. This highly-anticipated book, written with Jim McGrath, includes a foreword by the late President George H.W. Bush. It captures the heart of Houston and provides an in-depth look at the man who has told its stories, investigated its problems, and presented the news of the world in a clear and unbiased way over decades of constant change.