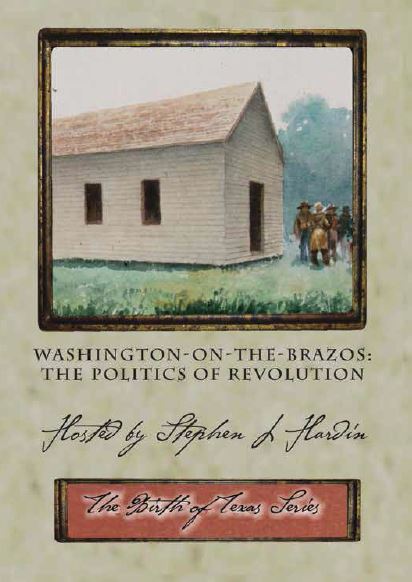 The Birth of Texas Series: Washington-On-The-Brazos, The Politics of Revolution (DVD)

The Birth of Texas Series: Washington-On-the-Brazos, The Politics of Revolution (DVD)

Citizens of Mexican Texas grew used to living under the Constitution of 1824, but when Antonio Lopez de Santa Anna came to power, and switched sides to the conservative faction, people all over Mexico were drawn into a battle between Federalism and Centralism. Complications continued in the Mexican-Texans' relations with the Mexican government and the United States, as well as interests from Europe. Mexico sent Manuel Mier y Teran on an inspection tour of Texas during which he ordered administrative changes at Anahuac that led to disturbances there. The road to revolution was filled with various factions and personalities that would eventually lead to shots fired at Gonzales and a declaration of Texas independence.