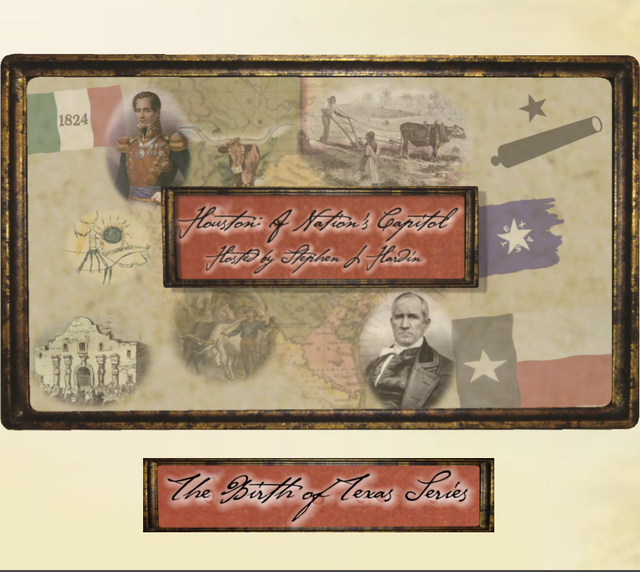 The Birth of Texas Series: Houston, a Nation's Capitol (DVD)

The Birth of Texas Series: Houston, a Nation's Capitol (DVD)

For two hurly-burly years, the Bayou City was the capital of the Republic of Texas, promoted by the Allen Brothers even while one of them represented Nacogdoches. As Sam Houston, Mirabeau Lamar and others squabbled over the direction in which they would lead the fledgling nation, scores of drunken, furloughed, knife-wielding soldiers battled in makeshift saloons, on the town’s muddy streets and at the dueling grounds which was located south of Texas Avenue, and therefore away from the city limits. The new port bustled with commerce where urban slaves worked as stevedores. Meanwhile, the Masonic Lodge, the Texas Philosophical Society and missionary churches sought to provide social uplift for Houston, though vice stubbornly held its own. The forces seeking to keep the capital in Houston finally lost out to Austinites in the episode known as the Archives War.

﻿The Birth of Texas documentary series is a multi-part series of feature-length documentaries that chronicle the journey from Spanish Texas, along the road to revolution, through the days of the Republic, and on to statehood. The videos not only explore the complete stories of the famous military actions at the Alamo, Goliad and San Jacinto--including recent breakthroughs in scholarship and archaeology--but also the roles played by Tejanos, American settlers, filibusterers, enslaved African-Americans, European immigrants and foreign governments in shaping the story of our state. By purchasing DVDs from the original content creator and producer, you support future educational Texas history videos.